Wellness Wednesday: Why Do We Like To Be Scared? 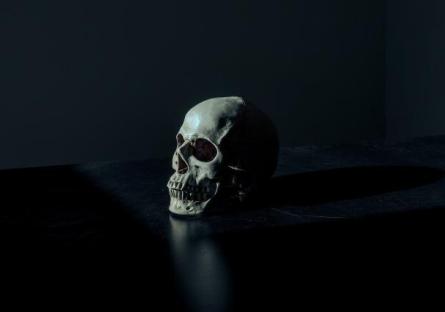 In the classic spooky comedy Ghostbusters, Ray Parker Jr. sang "Bustin' makes me feel good!" The same can be said for watching scary movies. For many people watching horror movies is a fun hobby, which can seem counter-intuitive. Why do we like to be scared? Isn't it bad to be frightened? Don't we want to avoid feeling that way? The answers may surprise you.

The Science of Being Scared

When you’re frightened your body experiences an acute stress response—also known as the “fight or flight response.” In the presence of something terrifying or something that you perceive to be a potential threat, your body’s adrenal glands go into overdrive. They release larger doses of adrenaline into your bloodstream, prepping your body’s muscles for sudden exertion (i.e. giving you the energy you need to fight or run away). Your glands also release cortisol, which heightens your awareness and helps maintain homeostasis in your body during this crisis moment.

So when you watch a scary movie and a jump scare catches you off-guard, that feeling you experience is the alarm stage kicking in. An acute stress response can end quickly or linger for 20-60 minutes, so even one scare can put you in a heightened state of consciousness for a while.

Why Does Fight Or Flight Feel Good?

In addition to adrenaline and cortisol, we also experience a release of endorphins and dopamines when we’re scared. Dopamine is our “feel-good” hormone: our brain releases it when we eat our favorite foods, gives us a biochemical reward when we do tasks we like, and our brain also releases during intimate activity. Endorphins act as natural pain relievers, helping to reduce stress and discomfort while also increasing a sense of pleasure in the body. So when we’re scared not only are we experiencing a huge jolt of heightened alertness and physical energy, we’re also being flooded with feelings of euphoria from the endorphin and dopamine hits.

Keeping Danger At A Distance

Part of what makes scary movies fun is that you get to - in a safe way -  experience this acute stress response. You’re exposing yourself to “danger” that can’t actually hurt you. It’s like seeing a caged tiger: you get the thrill of seeing something that triggers primal feelings of fear and self-defense without actually having to worry about it getting its claws on you.

Some psychologists, inspired by the writings of Sigmund Freud, suggest that this urge to watch scary movies and revel in the macabre is connected to a “thanatos” or death drive, an unconscious impulse that compels us to “seek death” through doing self-destructive behaviors like substance abuse and gambling (the existence of the thanatos instinct remains a topic of much debate in psychological circles). Our ancestors used to hunt at night to feel the thrill of the unknown; we have scary movie marathons.

Scares Bring Us Together

There’s a reason why scary movies are a staple of dating: being scared can also release oxytocin, the “love hormone” that’s responsible for creating powerful bonds between people. It also ties back into fight-or-flight: in this heightened state, we look for safety and cling to people who are close to us. This feeling of security brings people closer together, aided by the dramatic increase of hormones in the frightened person’s system. Scientists also point out that the physical symptoms of an acute stress response (which includes flushed skin, dilated pupils, rapid heart rate and breathing) mirror the symptoms of physical arousal, so sometimes our brains can confuse one for the other.